Party On the Patio – Summer Wine and Cocktails 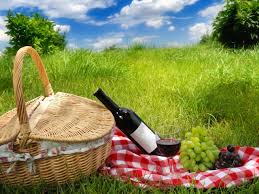 The Tennessee summer up till this point has been relatively mild, although the weather forecasts for this week suggest that’s all about to change. Still, an unseasonable amount of rain and temperatures that have been more 80s than 90s well into July is nothing to scoff at, after last summer’s weeks over 110 degrees. So while the worst of the summer heat may be yet to come, I’m still of a mind to do things like serve dinner out on the deck and attend barbecues.

Anyone who’s ever actually lived in the South can put the lie to the scene in Gone with the Wind where Scarlett O’Hara looks perfect in her giant antebellum gown all day in the Georgia heat – reality suggests she’d be dealing with torrid heat, humidity that frizzed her hair beyond recognition, and please, that white and green dress would make it clear women do indeed perspire. I’ll leave out what I think of the rest of that particular fantasy. Faulkner’s or maybe Tennessee Williams’ version of the South in summer is much more accurate.

Faulkner as played by Paul Newman and Joanne Woodward

The point is, I think we’re all glad that we live at a point where a barbecue involves sizzling meat on the grill, an ice chest brimming with nearly frigid beer and the option of wearing a bare sundress and bare feet – or a short sleeved shirt and a pair of cargo shorts if you’re a guy. Fashion aside, it also means our beverage options get a little better – summer evenings seem made for imbibing, for those who choose to do so.

Of course, for many people, the obvious drink of choice is cold – icy, icy cold – beer. That’s all well and good.

While I won’t say no to the occasional Corona or a bottle of Yazoo Pale Ale, let me be honest up front and say I’m a wine drinker, and generally don’t stray from this particular trend, even in the summer. On a hot evening if we’re sitting on the deck, the meal is usually light – grilled meat and some sort of vegetable – usually a salad, sometimes my tweaked version of an ancient Roman green bean recipe (found in Apicius), sautéed with herbs and pine nuts.

With that, there’s a good chance I’m pairing a moderately priced chilled, not-too-sweet German Riesling. Carl Sittmann is my go-to on the shelf. I’ve also recently found a fizzy German Riesling at the wine shop next to Costco in Cool Springs that I like very much (it’s not in Costco, because this is Tennessee, and we aren’t allowed our wine in grocery stores thanks to arcane Prohibition era laws our legislature is for some reason hesitant to repeal, probably having to do with campaign contributions). Sadly, I’ve forgotten the name, and I recycled the bottle, so details are forthcoming.

Good Rieslings come at moderate prices. The Sittmann retails for about $10, and American favorite Chateau Ste. Michelle is a similar price, and somewhat sweeter, for those who like their Rieslings – or their hot weather wines – with more sugar on the front. Maryhill Riesling ($11) out of Washington State has recently caught my attention, with a nice crispness and apple on the nose.

If it’s not a Riesling, a crisp Vinho Verde works for me, or an off-dry French rosé. If budget is an issue, Gazela (Portugal) makes a couple of very drinkable, slightly fizzy wines, a Vinho Verde and a rosado (rosé), that retail at about $7 a bottle most places. Both really make for perfect super-hot weather consumption. The rosé, with strawberry notes and tiny hint of spice on the follow-through, has become something I keep on hand to serve when girlfriends appear at my door.

I’m also a big fan of sangria. When I was a small child living overseas, my dad (yes, I am that Southern girl who can legitimately say “My daddy, the Colonel …”) used to make it for his Air Force squadron parties – he has a huge copper punch bowl picked up somewhere in his Middle Eastern travels (Istanbul? Beirut? Marrakesh?) that was always full. The process began, so he tells me, by soaking citrus fruit in rum for about three days prior to the party. This became the base for both the red and white variations of the drink. There was always a punch bowl of each color out on the table, and in the morning, there was always someone still sleeping it off under the table. They throw some great parties, my parents.

My take on sangria is somewhat tamer. It’s fueled by my interest in historic cookery, so it’s got some fairly non-traditional elements to it.

I start with a simple syrup made with 1:1 sugar and liquid, but as well as water, it’s got the juice of a lemon – which I add to soak into the sugar and warm with the spices (whatever’s handy, but because I like a red sangria, I tend to use cinnamon, fennel seed, nutmeg, cardamom, and ginger – I recommend use of a mortar and pestle before addition) and a half teaspoon of pure vanilla extract or ¼ of a vanilla bean pod before I add in the water. Bring to a boil, stir well, let cool and ideally let it sit for a day or two in the fridge in a nice glass jar. (Strain before using.)

For a pitcher of sangria, I use about ½ cup of the simple syrup (if you leave it to set, it gets quite strong). To that I add a bottle of inexpensive Merlot (Australia’s Alice White is ideal), ½ to one cup of peach brandy, and then top it off with pomegranate juice or Ocean Spray Cran-Pom if you prefer. To serve, pour it over ice, and top lightly with sparkling water – or, if it’s a long party and no one is driving anytime soon, sparklng wine (this will knock you over before you know it, drink advisedly and with actual food).

If I were doing this with a white, I’d likely top off with San Pellegrino Limonata after using a lighter juice – peach or pear nectar, perhaps, or Raspberry Simply Lemonade. White grape will work fine too, but I like to emphasize the citrus in the summer, and most grape juices always taste watered down to me. 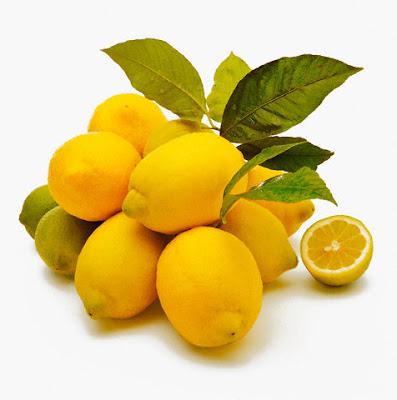 To keep things festive, I cut up a lemon a day or so in advance (lemon is the right note for summer sangria, whether you’re making red or white) and soak it overnight in whatever is handy – rum, brandy, vodka, bourbon.

Traditionally, people go a little nuts on the fruit in sangria – I like to keep it simple. Classic sangria uses lemons, limes and oranges – that works for me in summer. In the winter, I keep the blackberries I froze from the summer bushes handy.

Sparkling wine in general, chilled to icy perfection, never goes wrong for me in this weather. I keep a ready supply of Segura Viudas (Spain, $9-$10) in the crisper drawer or the cooler – if I’m serving friends, this particular Spanish Cava is gorgeous alone or in “champagne” cocktails if you want mimosas or Bellinis. It’s an unsung bargain at that price too, which makes it even better – from a more well-known producer or famous locale, the price would be much higher, I promise. It is lusciously drinkable.

Since I don’t do a whole lot of spirit mixing in the heat (I’m working on that, thanks to a new obsession with bitters and their uses), I decided to ask in someone who did to answer a few further questions. My friend James Hensley is still probably best known for his former role at The Patterson House speakeasy in Nashville, but these days he’s with Nelson’s Greenbriar Distillery, producers of one of our local artisan spirits, Belle Meade Bourbon.

James wrote for me for years when I edited Nashville Lifestyles, and I’ve always admired his take on cocktails both classic and original. Whenever I want to know anything about the spirit world, I ask him – and know I can trust the answer.

He also occasionally blogs over at The Spirit Monkey, but since the birth of his son not long ago, work and being a parent have limited that a little bit.

So James, what spirit goes with Middle Tennessee summer drinking – hot, humid, typical weather – especially if you’re trying to do something outside like a barbecue? I personally like gin in the summer. The botanicals play well with juices of all sorts and it keeps a light and fresh feeling going. However, I am also partial to Blanco tequilas and rums aged just a little – five years is plenty. If I was doing a barbecue right now, I would offer all three, as a good host should always offer options. What would I drink? I’d opt for tequila with barbecue as gin don’t jive with it in my opinion, and rum may be sweeter than I want. I like savory when it’s hot.

A Hapsburg In Jalisco

Shake briefly with ice and strain over ice in a rocks glass. Garnish with a grapefruit peel expressed over the drink and stand in glass.

It’s an herbal, earthy, spiced drink that feels like the season. As for the name, Emperor Maximilian the First of Mexico was the Hapsburg used as a puppet ruler by the French during their attempted takeover of the country in the mid-19th century.

What do you emphatically NOT want to drink during the summer months (aside from the obvious hot beverages)? When it’s hot out I don’t really drink brandy. Good brandy is full of warm flavors that are better suited for cool weather in my book.

What, in your opinion, makes a cocktail particularly appropriate for summer drinking? Summer cocktails should be fresh and refreshing. Summer cocktails can still include things like earthy amaros and big, full, dark-flavored spirits, but they should be used in shaken drinks. The fun of warm weather drinks is in taking cold weather spirits and combining them with citrus and fresh muddled seasonal fruits to make something unexpected and sublime. Therein lies the evolution of a good bartender/mixologist, venturing out to discover new flavor combinations.

What do you always want to have on hand during the hot weather for your bar? I always like to have fizzy stuff on hand during warm weather. Collins-style drinks are great hot weather drinks and twisting them around with sodas from around the world, champagne or sparkling wine, and sparkling water, is a fun and easy way to liven up an old recipe.

Prefab, bottled sangria – yes or no? Prefab sangia is fine if you don’t have time, but fresh is always better and fun to make. For really warm weather I like to think of hot weather ingredients: Torrontes, tequila, pineapple, peach, lime, and orange, with a little agave to sweeten if you like. Throw some sliced up star fruit in for garnish.

Is there such thing as good summer red wine? It seems like everyone gravitates toward white when the weather is hot. The best summer red wines in my book are light reds, and I’m not talking about rosé but they of course are great during warm weather. I mean seeking out the lighter Burgundy and Côtes-du-Rhône blends.

Are there better whites for hot weather? Most all white wines are great in warm weather, save for, in my opinion, the rich California-style Chardonnays. Too much rich buttery flavor doesn’t sit well with me in the warm weather.

Shake all ingredients briefly with ice and strain into a large rocks glass over ice and top with a splash of San Pellegrino Blood Orange. Garnish with lime wedge.